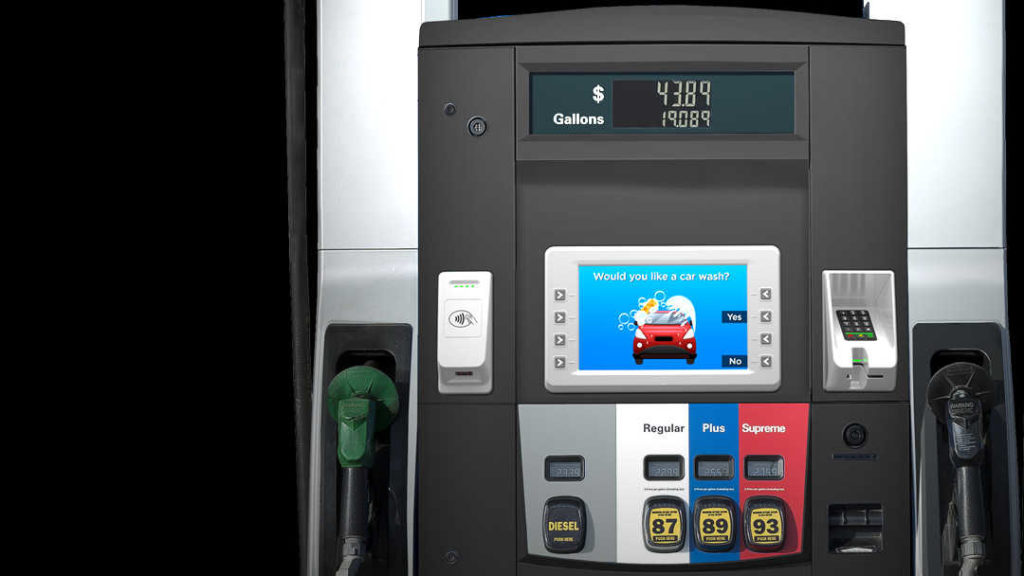 Invenco is a fast growing, Auckland-based company, that provides a wide range of self service payment technology solutions to global customers in the petroleum and retail industries.  In 2016, Invenco partnered with NCR Corporation for the US market.

Matthew Gibson, CFO, recently talked to us about Invenco’s global expansion and how he has found working with Simmonds Stewart.

Matthew describes Invenco as a bit like a startup but with an existing business.  This may be due to the fact that in the last few years Invenco has changed its product focus, substantially increased its revenue and expanded its international presence.

Through the acquisition of the petroleum portion of the Provenco Cadmus business, where he was previously CFO, Matthew joined Invenco and has seen nothing but change and expansion in the business and industry.

Established in 2009, Invenco focused predominantly on point-of-sale and back office site system automation software for petroleum forecourts in New Zealand, working with the likes of BP, Z Energy and Mobil.

Invenco then shifted its focus to hardware products, such as pay at pump outdoor payment terminals and electronic payment servers, entering into a joint venture with a third party to transition its site systems point-of-sale and back office software to a third party platform.

Invenco recently executed an exclusive US market partnership with NCR (NYSE: NCR), a global leader in consumer transaction technologies and one of the largest IT companies in the world, enabling more than 550 million transactions daily.  NCR dominates the point-of-sale and site systems market at large US convenience chains with fueling positions.

The deal is a great example of opportunity meets preparation. Traditonally, credit card issuers (not merchants) are liable for fraudulent transactions.  However, over the 10+ years since the EMV standards for smart cards (also known as chip cards) were introduced, the credit card payment networks have been in the process of implementing liability shifts around the world. When a liability shift is implemented, if the merchant’s point of sale terminal does not support EMV, then the merchant will be liable for the fraudulent transaction.

In the US, the liability shift for outdoor point-of-sale, which includes pay at the pump at gas stations, comes into force in October 2017.

The new outdoor payment terminal allows retailers to control their own content, advertise and drive consumers to shop in-store.  It also supports a wide range of payment options and fits into all major fuel pump models.

Initially, timely government funding and the opportunity to innovate in a market where stringent EMV certification requirements create barriers to entry meant that many of Invenco’s previous competitors became their customers.

However, the NCR contract negotiations were a new experience for both sides in terms of dealing with each others’ respective sizes (130+ versus 30,000 employees) and location (NCR travelled to NZ to carry out their due diligence).  It was also the first time that NCR’s Petroleum and Convenience Retail division brought a third party solution such as Invenco’s outdoor payment terminal into its portfolio and US multinationals are generally not enthusiastic about negotiating their standard terms.  However, the parties committed to the negotiations and established an enduring partnership.

Matthew notes that, in addition to the constant changes in certification and security standards, the industry is complex and requires continuous product innovation.  This in turn means that Invenco need to ensure they grow at the right pace to meet demand and to drive their ambitious business plans.

Matthew has significant experience working with a range of lawyers but has worked with Simmonds Stewart partner Averill Dickson in her time at three different law firms.

As CFO, Matthew generally manages all legal work and engages lawyers when required. However, he says that he feels more comfortable once Averill has reviewed the legals.

In addition to the NCR deal, Simmonds Stewart has carried out a wide range of other work for Invenco, from non-disclosure agreements and an employee share options plan to OEM supply agreements for global customers in the US, UK, Asia, Israel and the Middle East.

Of particular impact for Matthew, was the summary letter Averill prepared for Invenco’s shareholders to review before signing off on the NCR deal.  It meant that everyone could evaluate the risks and understand the deal quickly, leading to speedy execution when time was of the essence.  He also mentioned that NCR’s lawyers were extremely complimentary of her flexibility and commitment to get the deal done and the huge relationship of trust the contract negotiations eventually built between the parties.

Matthew says that he has been blown away with Simmonds Stewart’s knowledge and approach.  In particular, Averill, who also has a background in finance, is very commercial, doesn’t get hung up on small points and is always brokering common ground.

In Matthew’s view, it’s important for a business to find lawyers like Simmonds Stewart, who you can work with and who will invest time to understand your business.  He also mentions that working consistently with the same lawyers makes the process more efficient, and the outcomes more advantageous, to the business.

Matthew describes Simmonds Stewart as a boutique law firm made up of tech focused experts, who are very knowledgeable and accommodating, and who invest upfront to understand the business, not just the transaction. In his experience, Matthew says that Simmonds Stewart also drives hard for a positive outcome, not just getting pen on paper, and make sure the outcome is the right one for the business.

We think Invenco is a great example of an ambitious NZ technology business, and look forward to following their progress as they continue to export their innovative products around the world.