Road Guru is an online platform for travel agents to book tour guides. The company has recently completed a stint in Lightning Lab’s tourism accelerator and raised their seed round, so we spoke to CEO Mitchell McLaughlin about what the company has been up to.

Road Guru began with Mitchell, a former tour guide. After living in China for a time, Mitchell returned to New Zealand and wanted to keep up his Mandarin skills by giving guides to tourists visiting New Zealand. Although he found giving tours enjoyable, hustling for business was difficult.

“I wanted to do Chinese groups, but how do you find them?” says Mitchell. “I’d go out and find the business one year, then deliver on it the next year, but then have another quiet year because I wasn’t able to nurture and maintain customer relationships.”

Mitchell thinks his experience reflects that of many others in the industry. “Many tour guides are sole traders and struggle with sales and marketing. Building a business takes time away from guiding.”

At the same time, Mitchell had seen that travel agents were also struggling to source reputable guides on the ground to recommend to their travellers. “Travel agents aren’t going anywhere,” says Mitchell. “Although there’s been a huge lift in self-booked travel, the majority of all international travel is still booked by a travel agent.”

After Mitchell had seen the market need, he knew the opportunity was bigger than his own one-man guiding business. He met cofounder Caleb Helm who he describes as “instrumental in building out the operational side of the business” and the pair set to work onboarding guides and creating a platform that acted as a community marketplace matching travel agents, inbound tour operators, and wholesalers with on the ground guides.

Once they were bringing in more revenue, the team eventually locked in their last cofounder, Ashleigh McMillan-Parata. “Ashleigh’s background was in tax and finance, and she really made us into a serious company – she added wood to the fuel room.”

getting legal help from the start

Mitchell had asked for fee estimates from a local lawyer before deciding to go with Simmonds Stewart.

“I first talked to Lee shortly before Lightning Lab started. I wanted to make sure we were legally sound, and that we had all our paperwork up to date before we went in so we didn’t have to spend our time during the programme catching up.

“After a chat with him he referred to me to Simmonds Stewart’s free templates – he spent about 30 minutes with me going over my concerns.”

“It was great because he was very direct in his advice. ‘Yeah, this matters, that doesn’t, you can just go onto our website and use our free templates for this agreement since it’ll change if you want to raise money’. He was practical and realistic and he knew what was appropriate for the stage we were at.”

“Halfway through the programme we realised we did want to do a cap raise, so we got in touch with Lee again. Again, he was super straightforward with us. ‘Do X, Y, Z to prepare for the raise, and then you’ll be fine. When you get a term sheet, get back in touch.”

“He gave us a great roadmap”, said Mitchell. “We understood exactly what we needed to do.”

“Lee made it so simple when we got into negotiations with our investors.” Mitchell said. “We ended up being oversubscribed and we were keen to get the money in the bank as quickly as possible so that we could get back to executing.”

“Lee drafted the long form subscription documents for us in two days. When we circulated it with our investors, we were sometimes hearing from them at strange times in the night due to time zones, but Lee would often reply in a matter of minutes. He was a pro.”

Using Simmonds Stewart also acted as a positive signal to Road Guru’s investors. “Our investors said that it was one of the most professional cap raises they’d done,” says Mitchell.

“That’s down in no small part to Lee giving us the right information so that we could come across professionally to our investors and not seem like a bunch of amateurs.”

“Simmonds Stewart were professional and speedy. They also helped us with templates so we wouldn’t be charged for them drafting things that had been drafted a million times anyway.”

“We tell everyone that we use Simmonds Stewart”, says Mitchell. “We found that when we used their name during the raise process our investors went ‘cool, they’re the best’ and trusted us and the process more. Road Guru was an unknown, but if we were using Simmonds Stewart then at least it looked like we knew what we were doing.”

what’s next for road guru

“We were hiring in the month of the raise so that we could get our team on board the moment the money was in the bank”, says Mitchell. “Caleb was great at keeping the business as usual stuff happening while we did our capital raise.”

“Now we’re in a place to start making it happen and start hitting a lot of our milestones. We’re looking to validate Australia as another market, and getting some good solid numbers to prove we can execute, and scale.” 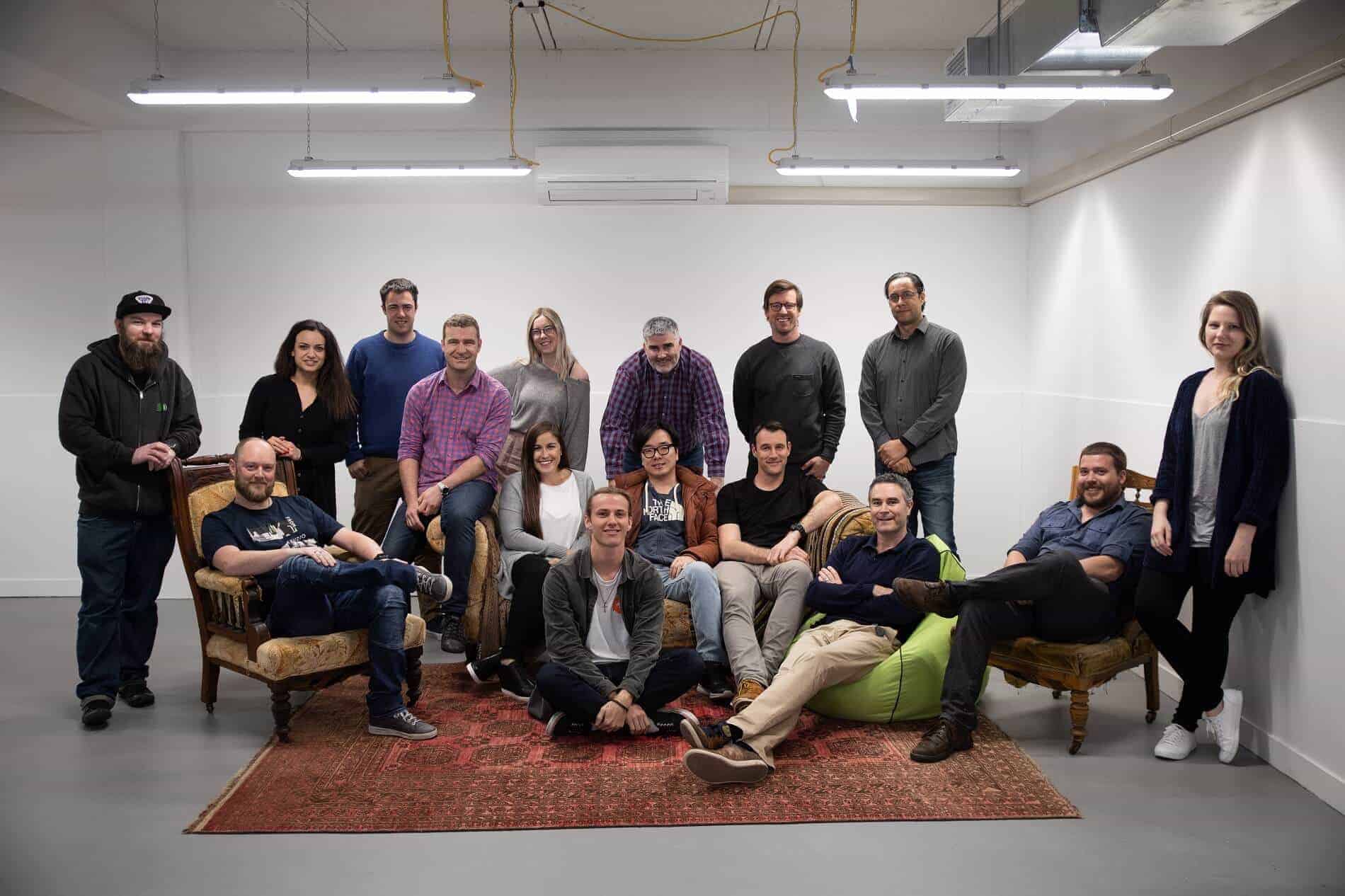 SwipedOn provides a SaaS visitor management system that allows visitors to log in using iPads. Learn about its recent exit via acquisition by SmartSpace Software, a UK-listed business.
All articles loaded
No more articles to load
see all case studies