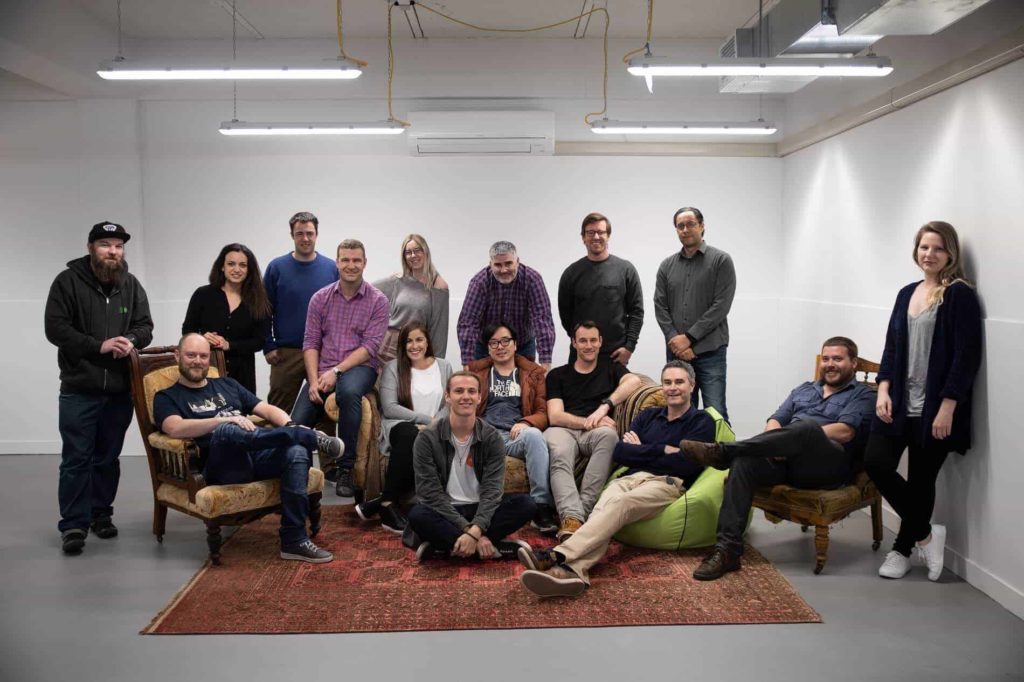 Tauranga-based SwipedOn provides a SaaS visitor management system that allows visitors to log in using iPads, and replaces visitor books around the world. The company opened an exciting new chapter in late 2018 when it was acquired by SmartSpace Software, a UK-listed business.

Hadleigh Ford, CEO of SwipedOn, talked to us about how Simmonds Stewart helped the company from its early days through to exit.

it started with a boat

Hadleigh came up with the idea for SwipedOn after managing contractor and visitor access to a super-yacht building site in Germany. The site’s access system was paper based and frustratingly inefficient, and Hadleigh realised this was a problem common to many industrial sites. Managing access via an iPad and SaaS app seemed the obvious solution, and SwipedOn was born in 2013 initially as a garage project before taking off in 2016.

getting to know simmonds stewart

Hadleigh heard about Simmonds Stewart via the NZ tech startup Facebook group.  It was the templates that drew him to the firm.

Cost was an issue – but the templates were just the right thing that we needed at that stage of the business, Hadleigh says.

We used the ESOP template, and since we were on a smaller startup budget, we did it ourselves and then got one of the Simmonds Stewart lawyers to look over it and suggest changes.

After the initial piece of work, the firm was a natural partner for SwipedOn’s first investment round.

It was clear that Simmonds Stewart were the domain experts in tech, capital raising, m&a, Hadleigh says. We didn’t need to look elsewhere.

The CEO actually first reached out via LinkedIn, Hadleigh recalls. The initial discussions were around a partnership (a common euphemism for acquisition!) but it escalated quickly into a discussion about acquisition.

“Our solution ticked a lot of boxes for Smart Space – it was a strategic purchase on their end, and the fact that we’ve always played globally, even being based in New Zealand, was also a huge benefit in the discussions.”

due diligence and process

The process was fast – about four months from first contact. “We all had to muck in on the due diligence process.”, says Hadleigh.

“Luckily, Simmonds Stewart had provided initial templates on what a data room should look like when we were doing out first investment round. It helped orient us, although the due diligence was multiples of intensity above what the investment round was.”

negotiations with the buyer

It was a smooth process on all sides, with Simmonds Stewart helping SwipedOn from the initial negotiations to closing the sale.

Julie Fowler had led our investment round the year before and we really appreciated the continuity of her support, says Hadleigh. She knew the business inside and out – it really was priceless.

As a first-time founder, it was also helpful having someone who knew the ropes. It was my first time doing something like this [an exit], and she was a guiding hand through all of it. Julie helped us push back on points where she knew we should push back on. She was a firm voice backing us and the company and added a lot of value.

As in any sale, there were some speed bumps, but having a good relationship with the UK company helped smooth the waters.

“Julie was always two or three steps ahead of the negotiations – she had tact and forethought, and ensured we ended up in the right place.”

SwipedOn continues to operate as a standalone business headquartered in Tauranga. The business has 25 employees and is going strong, with plans to build out workplace solutions and enter new markets. It’s been great – as the business grew, I grew with it, says Hadleigh.

SwipedOn has had 8 million visitors check in using their system in the last year, bringing their grand total to 16 million visitors since the company started. We’re growing faster than we ever have before, says Hadleigh. It’s a really exciting time for us.